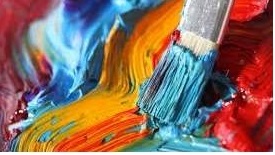 By jean
Government, People
No Comments

All the events will take place in areas of Fujairah, Dibba, Masafi and Al Tuwayyain over 10 days from the February 19th to February 29th.

The High Organising Committee of the Fujairah International Arts Festival have announced details of the first edition of the festival organised by Fujairah Culture and Media Authority, FCMA, under the auspices of His Highness Shaikh Hamad bin Mohammed Al Sharqi, Supreme Council Member and Ruler of Fujairah, and the directives of FCMA Chairman His Highness Shaikh Dr. Rashid bin Hamad Al Sharqi. The announcement was made at a press conference on Thursday at the Fujairah Novotel Hotel.

Mohamed Saif Al Afkham, Director General of FCMA and Festival Director, spoke about the highlights of the festival and its various events and activities, which include international music bands and folklore groups in addition to monodrama shows, Al Saif Championship (traditional dancing), cultural activities, workshops, exhibitions for fine arts and sculpture and a variety of community activities.

All the events will take place in areas of Fujairah, Dibba, Masafi and Al Tuwayyain over 10 days from the February 19th to February 29th.

Al Afkham said that the opening ceremony will be graced by the presence of His Highness Shaikh Hamad bin Mohammad Al Sharqi, Supreme Council Member and Ruler of Fujairah, and a number of Sheikhs and Ministers, in addition to local and international celebrities and artists.

A total of 600 artists, honorary guests, media personalities and public figures are attending and participating in the festival.

Fujairah city will host daily concerts for Arab and international performers while Dibba Al Fujairah Theatre will host the theatre shows of the 7th Fujairah International Monodrama Festival. The Al Saif Championship will make a comeback with its third cycle at Fujairah Fort. A camp for fine arts will be held in Wadi Al Wurayah, in addition to evening shows for folklore bands in Masafi and Tuwayyain. There will also be panels, press conferences for celebrities and street performances.

Head of the High Organising Committee, Abdulla Al Dhanhani, said that the Al Saif Championship is now part of the Fujairah International Arts Festival. This tournament, whose aims are reviving the ancient art of Al-Mzafin, will be held at Al Saif arena in Fujairah Fort with 24 highly skilled competitors who are showcasing their talents and competing according to the regulations of the judging committee.

“The Monodrama Festival has come a long way since it was launched 14 years ago”, Abdulla said, “The new edition of the festival is focusing on both historical and contemporary drama, and the organising committee chose shows from various countries and cultures, such as Palestine and Mongolia.” He added that some of the shows feature historically popular and controversial characters such as Mawlana Jalal Al-Din Al Rumi (portrayed in the Turkish Monodrama Rumination and performed by Mehmet Nuri Arkan), and Ziryab (from the winning text of the 4th Arabic Playwriting Competition “Elegy for the Fifth String”).

He added that for the first time, the monodrama festival is hosting a “cafe theatre” show which will be staged in the open air. The stage was prepared outdoors, just outside the monodrama house theatre in Dibba, and will accommodate monodrama shows from Tunisia, Morocco and Finland.

The festival includes a panel about traditional theatre and the monodrama theatre with various themes, in addition to workshops and seminars.

Jeryes Samawi, Member of the High Organizing Committee, and Advisor to the festival committee, said that Fujairah will witness daily concerts held in the evening period on the Fujairah Corniche stage and other theatres in the emirate. Musical bands and artists from all over the world were chosen to bring their art to Fujairah, including Hayachine Take Kagura from Japan, Imbauba Grupo from Brazil, Flamenco Dance Group from Spain, Abeer Nehme from Lebanon, Georgia State Youth Dance Group, Mame Khan Manganiyar, Oujda Group from Morocco, Abu Dhabi Big Band, True Faith and Cueshe from Philippines and other musical bands from the Arabian Gulf such as the Fujairah Orchestra, led by artist Ali Obaid. The closing ceremony will feature Kathem Al Saher.

Ali Mahdi, FCMA advisor and ITI UNESCO Secretary-General, said that Fujairah will host five International Theatre Institute, ITI, meetings during the festival in preparation for the 35th ITI World Congress to be held in Manaus, Brazil, this coming April.

Global Village – is the best time to visit Dubai

How to Choose the Best Interior Wall Surface Finishes?