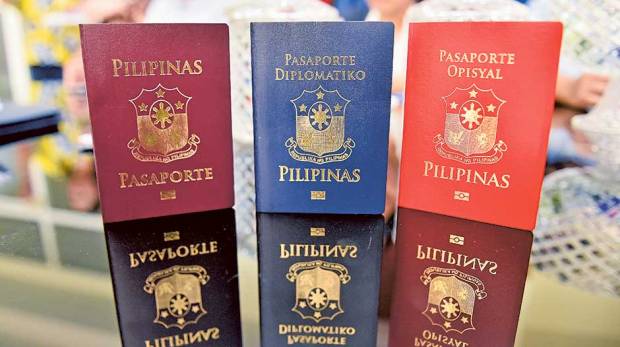 Consul-General Paul Raymund Cortes said an average of around 390 people showed up daily at the Consulate for their passport applications, a 26 per cent spike from the 310 average daily applications received daily in 2017.

The Philippine government began issuing passports with 10-year validity on Wednesday (January 3) for Filipinos 18 years and above.
Those below 18 will get passports that are valid for five years.
Law
The new validity came into effect through Republic Act 10928, which was signed into law by President Rodrigo Duterte last year. The previous passport was valid for five years.

Cortes said because of the new validity, the number of “no shows” or people who don’t show up for their appointment schedule decreased.

“More people kept their passport renewal appointments this time. They used to not take their appointments seriously,” Cortes explained.

Book an appointment, exceptions
Filipinos applying for passport renewal are required to book an appointment and come on their appointment schedule.
Anyone who fails to show up will not be able to get an immediate appointment date but will have to wait for one to two months, depending on availability of slots.
But certain people are exempted from booking appointments: household service workers, minors, and humanitarian cases or those with medical emergencies or death in the family.

“More people kept their passport renewal appointments this time. They used to not take their appointments seriously before,” Cortes explained.

I have a five-year-validity passport: Should I apply for the 10-year one?

Meanwhile, those holding five-year validity passports do not have to worry, said the official.

But they have the option to get the new passports even now, Cortes clarified.

The cost for renewal of passports remains the same at Dh240, Cortes said.