Billionaire’s son does odd jobs in Kerala for a month 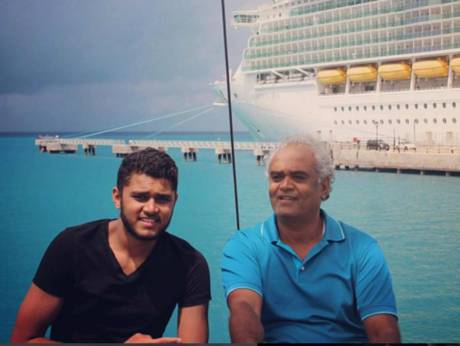 His father wanted him to taste the reality of life that B-schools will not be able to offer.

Thiruvananthapuram: The only son of a multi-billionaire diamond magnate from Surat in India’s Gujarat state has completed a month of working odd jobs in Kerala in what was a challenging internship his father wanted him to undertake.

Savji Dholakia (54), owner of Surat-based Hari Krishna Exports Private Ltd, sent his son, Dravya Dholakia (21), to Kerala last month, wanting him to taste the reality of life that B-schools will not be able to offer.

Dravya is currently pursuing a BBA course in New York, US.

An official at Hari Krishna confirmed to Gulf News that the son successfully completed the challenge and has gone back to Ahmedabad.

“Mr Dholakia wanted his son to face three specific challenges: that he should be able to survive with a very small amount of money and then earn for himself after that was exhausted, be able to manage without a mobile phone, and survive without revealing his real identity or his father’s position,” a company official said.

He was also not allowed to work throughout the month with one firm.

Kerala was chosen since it would be particularly tough for the young billionaire, because the state has very few who speak Gujarati and Hindi is an uncommon tongue.

Dravya thus landed in Kochi with only Rs3,200 (Dh175) in his pocket, but was smart enough to not only pick up jobs, but survive within the framework of the three given constraints.

“The lack of an identity card or mobile number was the biggest stumbling block, but he got around it,” said the Hari Krishna official.

During the 30 days, he worked in a local bakery, an adidas showroom and a call centre, and lived a frugal life with the modest earnings by choosing to stay in a local lodge.

Interestingly, Dravya landed in Kerala at a time when the police in the state were on the lookout for the culprit in the murder of a law student, Jisha, and workers from out of the state were specially being scrutinised as part of the investigation.

The Rs60 billion-worth Hari Krishna Exports made international news two years ago when it gave out 491 Fiat Punto cars, 207 apartments and 570 diamond jewellery to its employees by way of a Diwali festival bonus and employee appreciation scheme.

10 Fabulous Kimonos That Work for the Beach

Chatbot Development for a Smarter and Effective Workflow