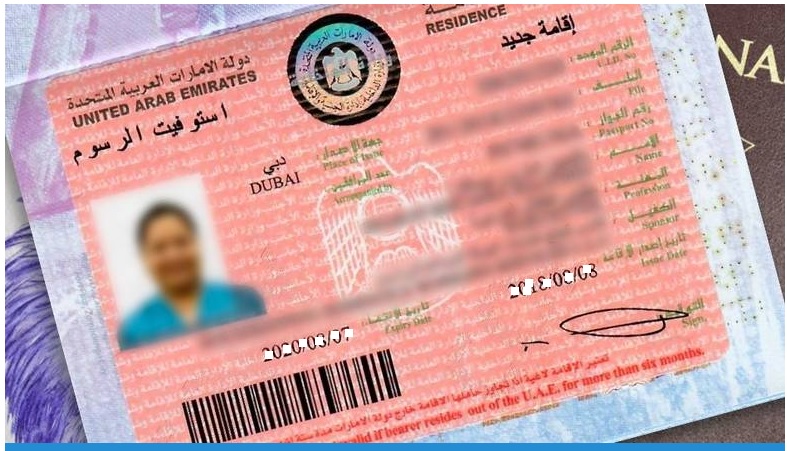 Many residents whose visas had expired have been granted the automatic visa renewal.

Some expatriates in Dubai, whose residency visas expired while they were stranded abroad amid Covid-19 travel restrictions, have been granted automatic visa extensions until December 9, 2021, Khaleej Times has learnt.

Many residents whose visas expired after the UAE put in place a suspension on inbound travellers from several countries, including India, have been granted the automatic visa renewal for three months, including the one-month grace period for reapplication, according to an Amer centre call employee.

Those wishing to travel into the UAE can check their visa status on the website https://amer.gdrfad.gov.ae/visa-inquiry.

An Amer centre call employee in Dubai told Khaleej Times that those stranded abroad with expired visas have been granted automatic renewal on their expired residency visas until December 9, including the one-month grace period.

“However, before travelling into the UAE, they need to apply for a pre-travel GDRFA approval and adhere to all other RT-PCR testing protocols set by the government,” the call centre agent explained.

Travel agents who have been trying to get pre-travel approvals for residents stranded in India and Pakistan, for example, have also confirmed that their clients have been granted an automatic visa extension.

The agents have reiterated that the automatic extension has only been awarded to Dubai residency visa holders. The status of residents in other emirates is not immediately clear.

Residents who’ve stayed outside the UAE for over six months can also return.

Afi Ahmed, the managing director of Smart Travels, explained: “In the case of expired visas, what we are noticing is that our clients, whose visas expired after June, July, and are holders of active visas are the only ones who are receiving the automatic three-month-long extension.

Several passengers whose visas expired during the months of May to early June, for example, are yet to receive the exemptions.”

He added, “Even those who have stayed outside of the UAE for over 180 days and have received Federal Authority of Identity and Citizenship (ICA) or GDRFA approvals can return. Airlines are accepting these categories of passengers. However, it is important to note that these exemptions are only in place for Dubai residency visa holders.”

Rashid Abbas, the managing director of Arooha Travels, said, “We noticed that the system was updated early Wednesday morning. Our agency has been working with some cases where the visas of parents were valid, but their baby daughter’s visa had expired on July 22.”

“While applying for the pre-travel GDRFA this morning, we noticed that her visa expiry date had been automatically extended to December 9,” he explained.

He added, “Upon checking with the visa validity website, we found that many have been granted an extension. However, some visas continue to show an expired status. We hope the exemption would eventually be granted to all those seeking re-entry into the UAE.”

Raheesh Babu, the group chief operating officer of Musafir.com, an online travel agency, explained, “We can confirm that a lot of our clients seeking re-entry have been granted an automatic extension until December 9.

However, we are also awaiting clarity on those holding entry permits issued by Dubai. We have a lot of our corporate customers who want to fly in their new employees with entry permits.”

Dinesh Ishwardas, an expatriate stranded in India with an expired visa, said, “My visa expired on July 19. When I checked the GDRFA website, I saw that I had received an automatic extension until December 9. I am planning to return to my family in UAE as soon as possible.”

Get The Best Toilet Chair Price In The UAE

Flowers Blush and Bloom in Dubai,UAE