Duterte is coming to town: Pinoys in UAE excited about his visit 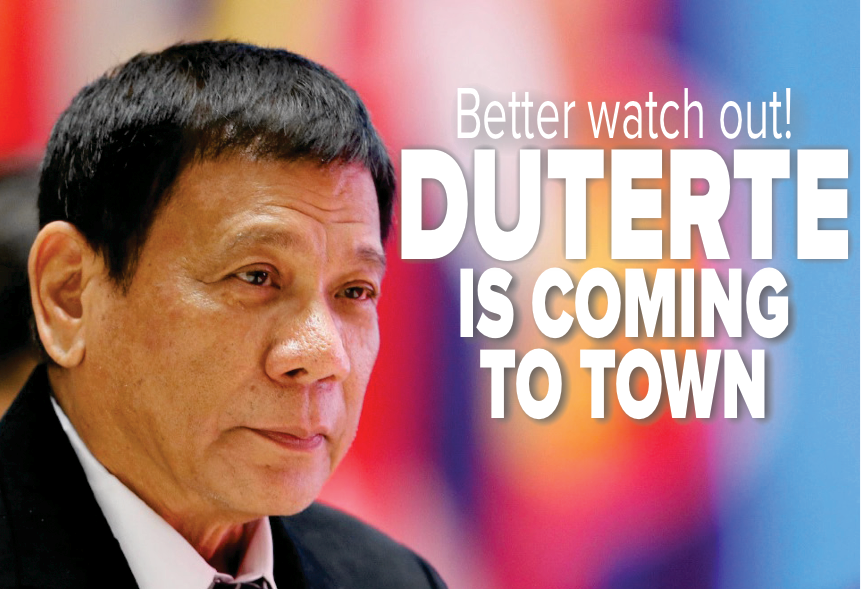 Most Pinoys in the UAE will skip work to see President Duterte and have a chance for selfies with him during his visit in January, A straw poll by The Filipino Times straw poll showed.

DUBAI: An overwhelming number of Filipinos are upbeat about seeing President Duterte when he visits the UAE next month, saying they’d go as far as skipping work for a chance to talk to him and have selfies taken.

Survey by The Filipino Times showed that nine of 10 Filipinos will attend a gathering to be organized for the occasion. Of this number, seven said they would either file a leave of absence or be absent from work, while three would opt for an under time.

All of those attending the event will try to have their selfie taken with the president, according to the poll.

Asked what they’d be telling Duterte should they be given a chance to meet and greet him, the respondents said they’d congratulate the president for winning the election and “doing good in the first months of his term.” The OFWs said they will also ask Duterte about his other plans for them and make suggestions as well.

Underway
Ambassador Constancio R. Vingno, Jr. meantime said he has been getting calls from OFW groups inquiring about Duterte’s visit, offering assistance . “Siyempre, oo excited sila. Handa daw silang makipagtulungan. Talagang napaka-popular nyang presidente dito,” he said.
George Requerme, president of the OFW Global Movement for Empowerment – Dubai Chapter  (OFW-GME), which, along with other chapters around the world, pushed for Duterte’s presidency, told The Filipino Times the president will be in the UAE on any of the following dates from Jan. 25 to 27.

He said a venue big enough to accommodate around 50,000 people is being finalized as of press time. He added that the UAE government’s assistance may also be requested to provide the necessary support measures like medical emergency personnel for those with health issues.

Requerme, a senior document controller who lives in Satwa, said OFW-GME Dubai met with leaders of about 60 other Filipino organizations in the emirate last week to iron out preparations for Duterte’s visit.

While Duterte has being enjoying the support of OFWs around the world, whose swing vote help catapult him to power, several sectors back home in the Philippines as well as international rights group have been assailing him for his administration’s drug war policy, which has so far claimed the lives of over 6,000 people since he was inaugurated on June 30 this year – or more than 1,000 a month; and the numbers keep rising.

Duterte won by a huge landslide in the UAE, garnering 51,879 – or 83.5 percent – of the total 62,103 actual votes cast during the 2016 May presidential election. Actual voters’ turnout was 31.74 percent of 195,651 registered voters, according to the Philippine Embassy.
Duterte has affirmed keen interest to strengthen and develop co-operation between the Philipines and UAE during a Dec. 7 meeting with H.E. Hamad Saeed Al Zaabi, the UAE’s Ambassador Extraordinary and Plenipotentiary to the Philippines.

GROW YOUR BUSINESS WITH US