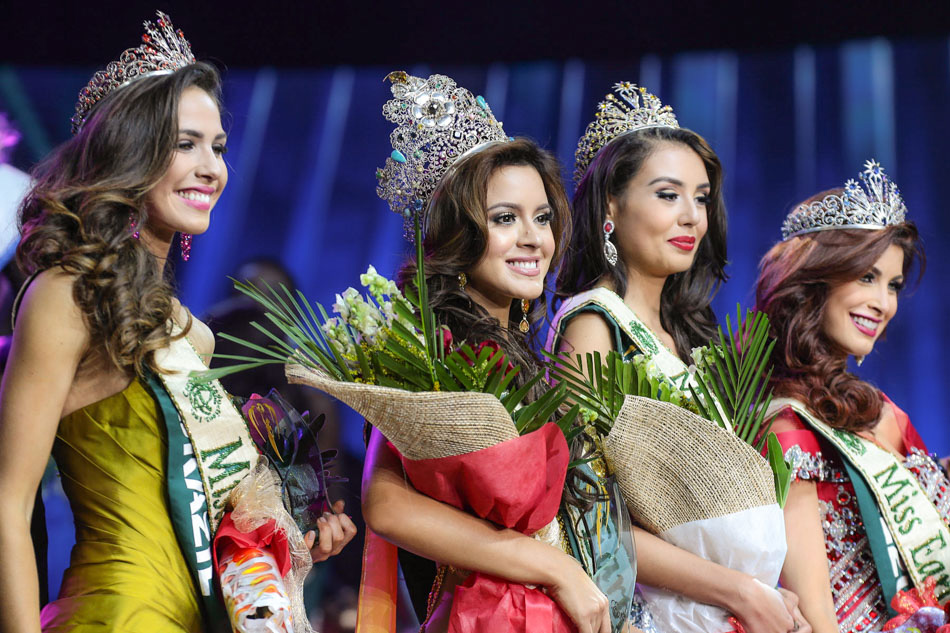 The Philippines’ Imelda Schweighart failed to make it past the first cut, while Sweden’s Cloie Syquia Skarne, the half-sister of actress and television host KC Concepcion, finished in the Top 8.

Schweighart was gunning for an unprecedented third straight Miss Earth crown for the Philippines after Ong and 2014 titleholder Jamie Herrell.

This is the second time Ecuador has won the Manila-based pageant.

The other winners are:

A model and cosmetologist, the 23-year-old Espin said she joined the beauty contest to forward her advocacy of instilling in young students the importance of taking care of the environment.

“I chose this because I believe that the best age to teach a person to have environmental conscience is at an early age because on their growing years they will learn to have respect towards the environment which will help to the future generations,” she explained.

“I truly believe that there should exist on every academic pensum an environmental class and I will work hard on it to make it possible.”

Are You Searching for Medical Equipment on Rent?