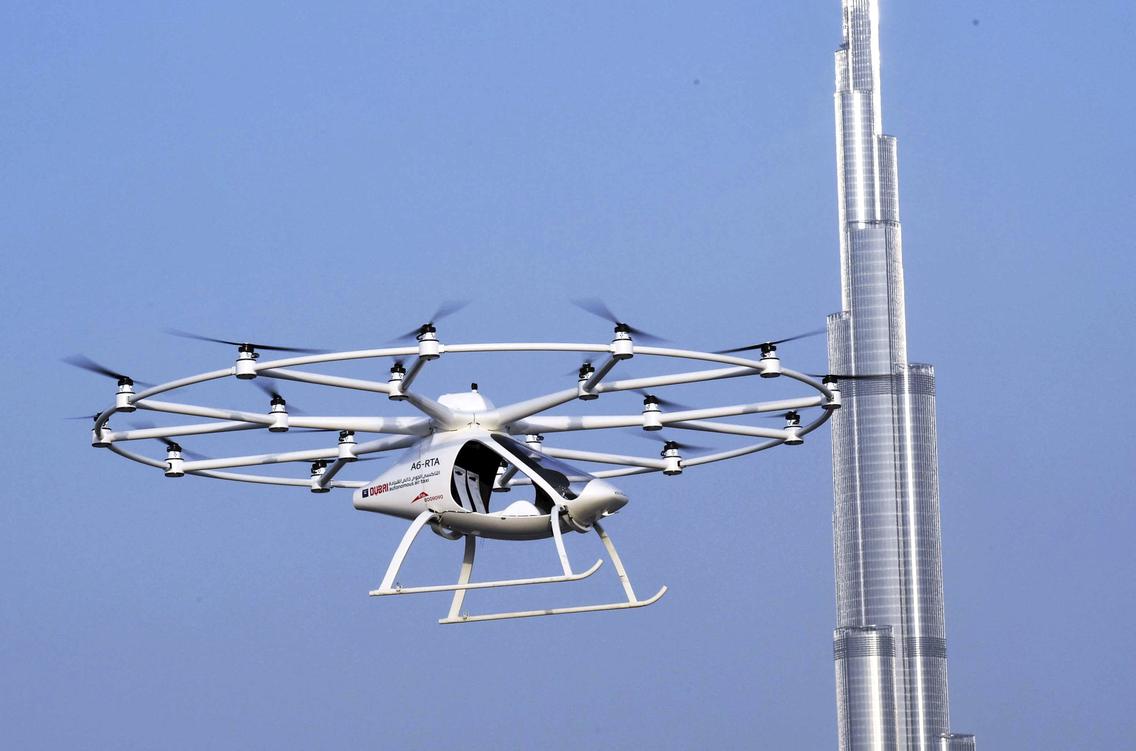 After an occasional sneak peak, a few quiet test runs and plenty of anticipation, Dubai’s unmanned aerial taxi took to the skies to show a revolution in personal air travel is no fad of the futurists.

Sheikh Hamdan bin Mohammed, Crown Prince of Dubai, attended the maiden concept flight of the Autonomous Air Taxi (AAT), a vehicle that will be used for the world’s first self-flying taxi service set to be introduced by Dubai’s Roads and Transport Authority.

The two-seater, capable of transporting people without human intervention or a pilot, has been supplied by Volocopter, a Germany-based specialist manufacturer. The test flight was held at a location near the Jumeirah Beach Park.

“After the remarkable success of the first driverless metro in the region, we are glad to witness today the test flight of the Autonomous Air Taxi,” said Sheikh Hamdan.

“This is another testament to our commitment to driving positive change. We are constantly exploring opportunities to serve the community and advance the prosperity and happiness of society.”

No clear date was given as to when the public may be able to step aboard.

Powered by clean electricity and featuring low noise levels, the AAT is an environmentally-friendly vehicle. Its current prototype version has a maximum flight time of approximately 30 minutes at a cruise speed of 50 km/h, and a maximum airspeed of 100 km/h. All these features will evolve in the production vehicles. The AAT measures about two meters in height, and the diameter of the rotor rim, including propellers, is just over seven meters. 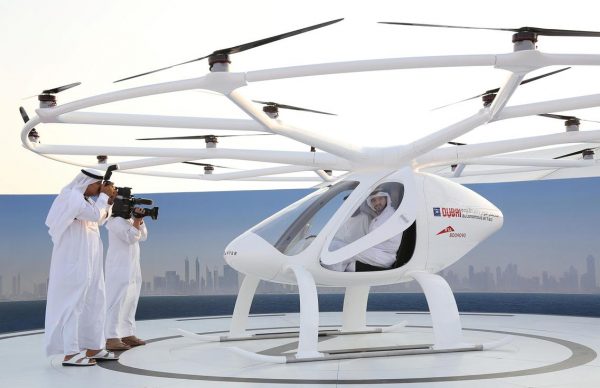 Sheikh Hamdan said adopting new technologies and applications that help to enhance services for the community is key to topping global competitiveness rankings.

“Encouraging innovation and adopting the latest technologies contribute not only to the country’s development but also build bridges into the future,” he said.

He said improving transport a vital driver of the country’s development process and an indicator of the level of advancement of the country.

curtains in the Dubai

curtains and drapes in UAE