French expatriates in the UAE in shock over terror attack 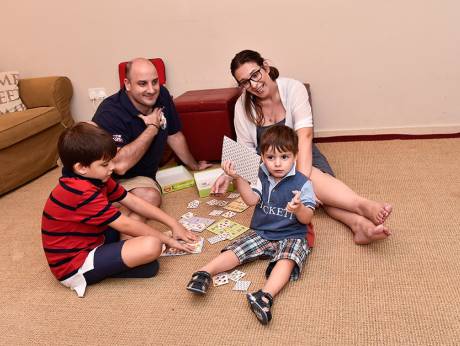 Dubai: French expatriates in the UAE on Friday responded with shock over the Bastille Day massacre in Nice, decrying it as mindless murder by a crazed person, asking people to reject the idea of violence against humanity.

Latetia Pardo, a French national from Dubai left with her husband, Christo Triantafyallopoulous, and her sons — Yannis, seven, and Dmitri, two — for her annual vacation to Nice on Friday morning, arriving in the afternoon only to be find her family stranded on the plane.

She spoke on her phone from inside the aircraft at the Nice airport. “I was so happy to go back home and had no idea in the morning of the incident. This is so shocking. We learned about [it] in the aircraft and although the plane has landed at Nice airport, the doors have not been opened for nearly an hour for passengers to deplane. My father is waiting outside to meet us, but we have no idea when they will allow us to get out,” said Pardo. She added: “The aircraft crew has told [us] that the airport has been evacuated and there, there is a thorough security check being carried out.”

Pardo, who has many family members and friends in Nice, said luckily most of them were out of town on holiday. “I have called up all my friends and everyone is safe.

Ariane Deffontaines, another French national in Dubai, condemned the incident as a crime against humanity. “It is horrifying and heartbreaking, and amounts to a mass murder conducted by a crazed man, and the world needs to denounce this collectively. These terrorists are hijacking the peace-loving identity of Islam and actually doing a great disservice to the peace-loving Muslims. We cannot let this happen.

“I think because the ISIS [Daesh] is getting hammered it is resorting to directing its ire on soft targets. They have lost nearly 40 per cent of their territory in Iraq and 20 per cent in Syria. Most of their fighters do not even believe in their ideology and are likely to desert them once the money dries up. Unfortunately, the security services in France [haven’t done enough] and they need to do more. Peace and love to my country.”

Phillipe Rey, a financial consultant from France who has been a resident of UAE for the past 26 years, said it was a deeply saddening incident, but one waiting to happen. “Bastille Day celebrations usually have a large turnout of crowds as it is a public holiday and families are out to watch the fireworks. It would have been difficult to protect such a crowd. I am not surprised that the murderer chose to act on this day.”

He condemned the act of terror. “This is not the agreed way to act and the French people were just returning back to a normal life after the terrible acts of the past few months. In fact, when we had a European football championship pass without an incident, people actually let their guard down. It is sad that the perpetrator of this heinous crime had lived all his life in France, was the father of three children and yet chose vulnerable children as his victims. The world needs to come together and condemn this in no uncertain terms.”