Hotter weather in UAE until Friday 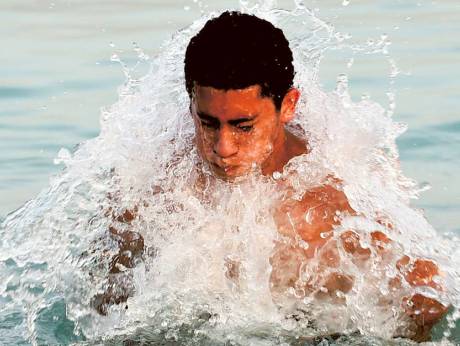 Dubai: The mercury is expected to rise by three to five degree Celsius over the next three days, giving people who are fasting an extra hard time.

The UAE’s weather from Wednesday until Friday will not be as dusty as the last few days but the temperature is expected to soar to around 48 degree Celsius in internal areas until Friday, a forecaster from the National Centre of Meteorology and Seismology said.

“There will be a slight increase in temperature from today until Friday. If the maximum temperature today is 43 degree Celsius, we’re expecting it to reach around 48 degree Celsius. The internal areas will be hotter than coastal areas,” the forecaster told Gulf News.

The highest recorded temperature on Tuesday was 47.2 degree Celsius at Rezeen in Abu Dhabi.

The is no big change in the weather pattern as dusty conditions will still prevail although it will not be as hazy as on Sunday or Monday.

“The north-easterly to south-easterly flow will affect the country and most importantly, fresh wind might cause deterioration of visibility in the northern internal areas, in Dubai and Sharjah.”

Visibility could go down to 4,000m to 3,000m due to dust suspended in the air. On Sunday and Monday, visibility deteriorated to about 1,800m in the western region.

“At the beginning of the week, the dust-laden wind coming from Saudi Arabia affected the country. At the same time on Sunday, fresh wind from the western region, where a sandstorm was taking place, contributed to the hazy conditions in the country.”

Motorists are advised to drive with caution, as there are chances of mist or fog, especially in the western parts of the country.

The Arabian Gulf and Oman Sea will be light to moderate.

Shop for ASA5506-SEC-BUN-K9 at affordable prices.

Master room For Filipino only, khalifa street opposite alnoor hospital