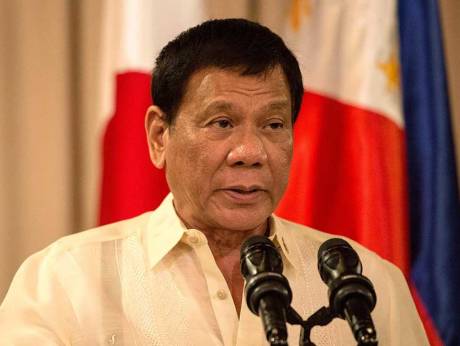 Trip follows visit to Italy and the Vatican in mid-February.

The trip follows the leader’s visit to Italy and the Vatican in mid-February, during peace talks with Filipino communist leaders.

Duterte’s goal is to touch base with the OFWs in the Middle East, Yasay said.

The president has scheduled trips to four countries in the Middle East including Oman, Saudi Arabia, and the UAE, Yasay said.

Yasay said he would be going to these countries ahead of Duterte’s Middle East sojourn.

Meanwhile, Duterte will be visiting Italy again in mid-February, to “personally attend” the resumption of peace talks between negotiators of the Philippines and the communist National Democratic Front (NDF) — the negotiating arm of the 48-year old Communist Party of the Philippines and its armed wing, the New People’s Army (CPP-NPA), Yasay said.

While in Rome, Duterte will be meeting with Italy’s foreign minister, Yasay said.

The Norwegian government has been brokering the Philippine government-NDF peace talks — which began in 1992.

The president’s meeting with Pope Francis augurs well for the release of 400 leftist Filipino political prisoners — as demanded by the NDF, said political analyst Mon Castle.

The NDF sought the Pope’s assistance, as it called for the release of political prisoners during the papal visit in Manila in July 2014 — during the time of former president Benigno Aquino.

Since he became president in July, Duterte has visited eight of 10 member countries of the Association of Southeast Asian Nations (Asean). He will be going to Myanmar, another Asean country, also in February.

Duterte has also visited China in October; Japan in late October; and Peru during the leaders’ meeting of the Asia Pacific Economic Cooperation (APEC) in late November.

IT Company in TEXAS, USA