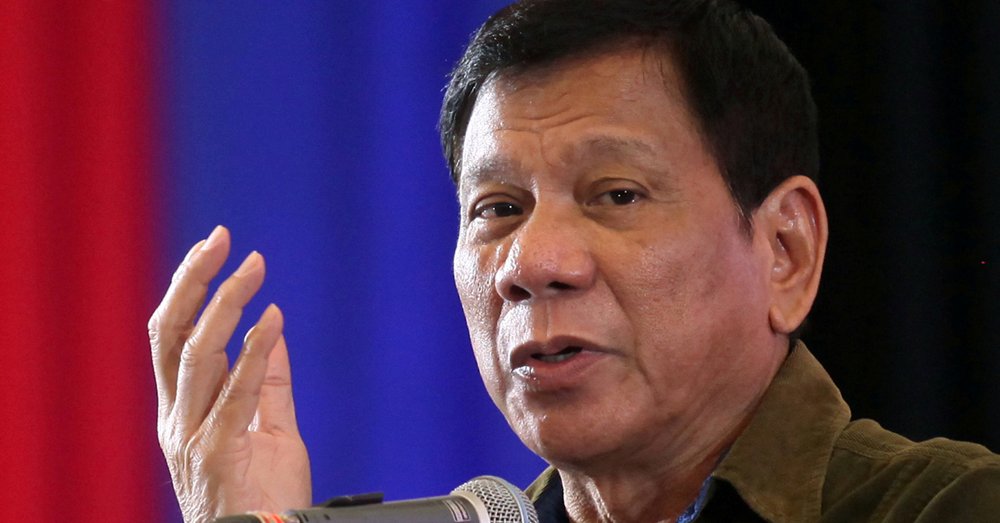 He also warned that confronting the terrorist group will “bring the worst out of me,” adding that he will never allow his country to be destroyed by terrorism, even if it meant being forced out of office.

“If you can do it, I can do it 10 times better than you, definitely,” Duterte said. “I’ll put at stake my honor, my life, and the presidency.”

“If you cannot go to [Syria], join up and go to the Philippines,” a man identified as Mohd Rafi Udin, a Malaysian militant, said in Malay.

The Philippines’ tough-talking leader drew international scorn in April for remarks about an Australian missionary who was raped and murdered in Davao City jail in 1989, when Duterte was the city’s mayor.

Duterte, then a presidential candidate, said the woman was “so beautiful” that he, as the mayor, “should have been first,” according to CNN. The 71-year-old Duterte refused to apologize for the comments.

Duterte’s brash talk has also earned him a reputation as Asia’s Donald Trump.

During his campaign for president and again after his election in May, the former prosecutor nicknamed “The Punisher” said that journalists killed on the job were corrupt and that they deserved it.

He also advocated for extrajudicial killings of criminals, saying members of the public can kill them if they resist or threaten citizens with weapons.

“Shoot him and I’ll give you a medal,” Duterte said.

More recently, Duterte used a homophobic slur in describing Philip Goldberg, the U.S. ambassador to the Philippines, as well as calling him a “son of a whore.”

His war on drugs has so far left more than 700 people killed in confrontations with police, while the number of arrests reached more than 7,600 in July.

The biggest challenge ever in our country, with our beloved President. Mabuhay!!!