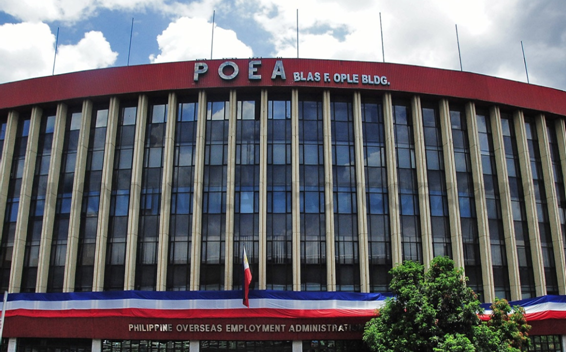 All applications for direct hiring of overseas Filipino workers (OFWs) now go through the Office of the Secretary of Labor and Employment in Manila.

“There has been a policy. It’s been there. Our Secretary (Silvestre Bello III) has directed its full implementation towards ensuring the protection and welfare of our direct hires,” Gulf Today quoted the Labor Attache for Dubai and the Northern Emirates Ofelia Domingo as saying.

Domingo reportedly said there is “no perfect system” when asked if there have been cases anywhere in the world that have ignored the guiding principle.

The direct hire policy was taken up at the preview of the “Kapihan sa Polo” (Coffee Talks at the Philippine Overseas Labor Office-Dubai) when Fiesta Pinoy general manager Housam Abdul Malek asked for an update, the report said.

Consequently, Philippine Overseas Employment Administration (POEA) officer-in-charge Aristodes Ruaro announced that “POEA is strictly observing the full implementation of the policy on direct hires as mandated by the 2016 Revised Rules and Regulations on the Recruitment and Employment of OFWs,” particularly on Section 123 which is about the Ban on Direct Hires and Section 124, the Exemption from the Ban on Direct Hiring.

Beside the submission of pertinent documents, all those exempted from the ban on direct hiring must secure a “clearance from the Secretary of Labor and Employment,” as per POEA Advisory No. 37 Series of 2016, said the news portal.

With the full implementation, Bello also reportedly ordered all concerned DoLE officers and men, to accomplish the review of the applicationswithin 72 hours upon receipt, a guideline imposed by President Rodrigo Duterte on all government transactions.

From the POEA Advisory No. 37 Series of 2016, the following employers are exempted from the ban on direct hiring: Members of the Diplomatic Corps, International Organizations, Heads of state and government officials with the rank of at least deputy minister, and other employers as may be allowed by the Secretary of Labor and Employment such as those previously mentioned who bear a lesser rank if endorsed by the Polo or Head of Mission in the absence of the Polo.

As recommended by the Polo or by the Head of the Philippine diplomatic mission in the absence of the office, excluded from the ban on direct hiring as well are professionals and skilled workers with duly executed/authenticated contracts containing terms and conditions over and above the standards set by the POEA.

The number of professional and skilled OFWs hired for the first time by the employer shall not exceed five. For the purpose of determining the number, workers hired as a group shall be counted as one, reported Gulf Today.

The endorsement also reportedly covers “workers hired by a relative/family member who is a permanent resident of the host country.”

Let Loose at Our Zumba Classes