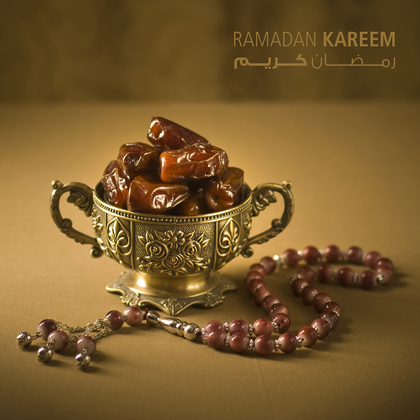 According to an Eton Institute survey, 72% of respondents said they had very little knowledge of local customs.

Dubai: Expatriates living in the UAE may have the best intentions of not offending residents observing Ramadan but goodwill cannot replace basic knowledge and proper etiquette when it comes to showing respect for religious customs being practised during Ramadan, say educators.

Ignorance of the basic tenets of Ramadan may not only offend observers but can land expatriates in hot water with the authorities for breaching religious rules.

Gulf countries such as the UAE have strict municipal laws governing behaviour in public during Ramadan.

According to the Dubai-based Eton Institute, a recent survey in the UAE revealed that 72 per cent of respondents said they had very little knowledge of local customs while 25 per cent said they had never tried to learn about local culture.

Another survey conducted reported that 71 per cent of respondents agreed that knowledge of the UAE’s culture and traditions should be a requirement for expatriates wanting to live in the country.

During Ramadan, a basic understanding of local culture, traditions and etiquette should be a priority for expatriates, said Manon Hazell, marketing manager at Eton Institute.

“With the increasing number of people from around the world choosing to live and work in the UAE, there is a bigger responsibility on them to be familiar with the culture and traditions as a gesture of respect towards the local population,” she said. “Ramadan is more than just an act of refraining from eating and drinking. It is about demonstrating the most admired virtues and showing respect for a country that so generously welcomes individuals from around the world.”

Majd Sheeha, head of the Arabic Department at Eton Institute in Dubai, said Ramadan is a time when adherents “remember the suffering of the poor and the hungry and feel what they feel; it is an exercise in self-control, patience and endurance to stay away from bad habits”.

In Dubai, it is against the law to eat or drink during sunlight hours when worshippers are fasting, she said.

“You must respect those around you,” said Sheeha, who held a two-hour workshop at Knowledge Village in Dubai for expatriates on the etiquette of the month.

At the beginning and the end of the day’s fast at sunrise and sunset, cannons are fired at points across the city to let worshippers know the precise times in the day, Sheeha said.

The sounds of the cannon also let expats know that the daily fast is done and people can resume eating and drinking in public for the evening, she said.

It may seem obvious, but other bad habits such as using profanity and smoking are also highly frowned upon during the daily fast when worshippers are attempting to reach a higher spiritual and physical plane.

Ramadan is a time when UAE residents seek mercy at the beginning of the month, forgiveness in the middle and freedom from fire in the latter part of the month when adherents seek a closer affinity with God.

Sheeha offered several recommendations for expatriates to help themselves and others enjoy this time of the year.

Given the numerous iftar and suhour invitations, Sheeha said it is a good idea to return the sentiments of the person or organisation doing the inviting.

1) “If you are invited to attend an iftar, never hesitate,” she said.

2) At a time when many are seeking a higher awareness of the suffering of others, Ramadan is a good time to donate time or money to charitable missions in the country. “Give a dollar a day to charity,” she said.

3) Sheeha advised expatriates to be especially careful when driving at or around sunset given the traffic density due to to people heading back home for iftar and home to be with family to break the fast.

4) Do not disturb worshippers when they are deep in thought reading the Quran, she advised, noting people should “wait until they are finished [to approach them]”.

To assist expatriates during Ramadan, Eton Institute is offering a Ramadan app that is free for the asking.

Eton Institute’s Ramadan app “is available for those who are always on the go but still interested to learn useful information, as well as for individuals observing Ramadan. The app includes daily prayer and iftar timings, mosque locator, cultural tips, Ramadan-related phrases and more.”

Download the free Eton Institute Ramadan app at both the iTunes store for iPhone users and Google Play store for Android users.

HOW CAN UBER CLONE BE BENEFICIAL?

Want To Buy Used Diagnostic Medical Products In The UAE?

Looking For Home-Style Kizhi Parotta from Annavilaas In Dubai?