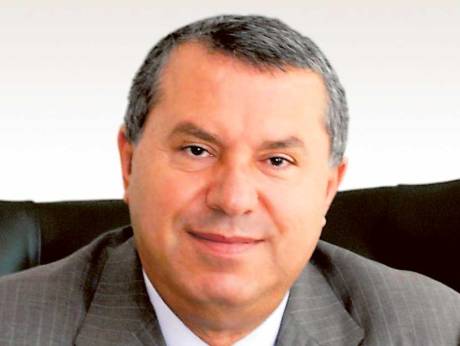 “Dr Khater Massaad, the head of Star Industrial Holding Ltd., SIH, has ended negotiations with the Government of Ras Al Khaimah and is facing further criminal charges following a global embezzlement and mismanagement of $1.5 billion in the UAE. He has already been tried and convicted by the UAE criminal courts for corruption and fraud,” the agency said.

The man, who once headed RAK Ceramics, has multiple passports.

“Massaad, who has numerous passports including Lebanese and Swiss, embezzled and misappropriated government funds during his tenure as the head of the RAK Investment Authority, known as RAKIA.”

His profile on Star Industrial Holding website said Massad was “the Executive Chairman of RAKEEN – the land master-planner and developer in real estate & township development in the emirate”.

The report said he has business operations in several countries in Europe, Asia and Africa.

“Massaad fled the country as soon as questions arose concerning his business activities in 2012. Despite this, Massaad continues to operate businesses across the globe including Al Forsan/Forsan Ceramics in Saudi Arabia, Star Ceramics and Star Porcelain in Bangladesh and CDK Integrated Industries in Nigeria. This is notwithstanding clear and ever-growing evidence of his many failed investments as CEO of RAKIA, in which assets were stripped for his own gain and that of his friends and family,” the news agency report said.

“Investigations have exposed Massaad’s corrupt conduct and dealings and demonstrate practices that have affected many countries, including Bangladesh, the UAE, Nigeria, Switzerland, Georgia, and the DRC.

Following extensive cross-border investigations into Massaad, it has become clear that serious questions surround him and his relating to the misappropriation of funds and questionable investment initiatives. This includes corrupt dealings he has been involved in across the globe.

Investigations are ongoing in several jurisdictions, it added.