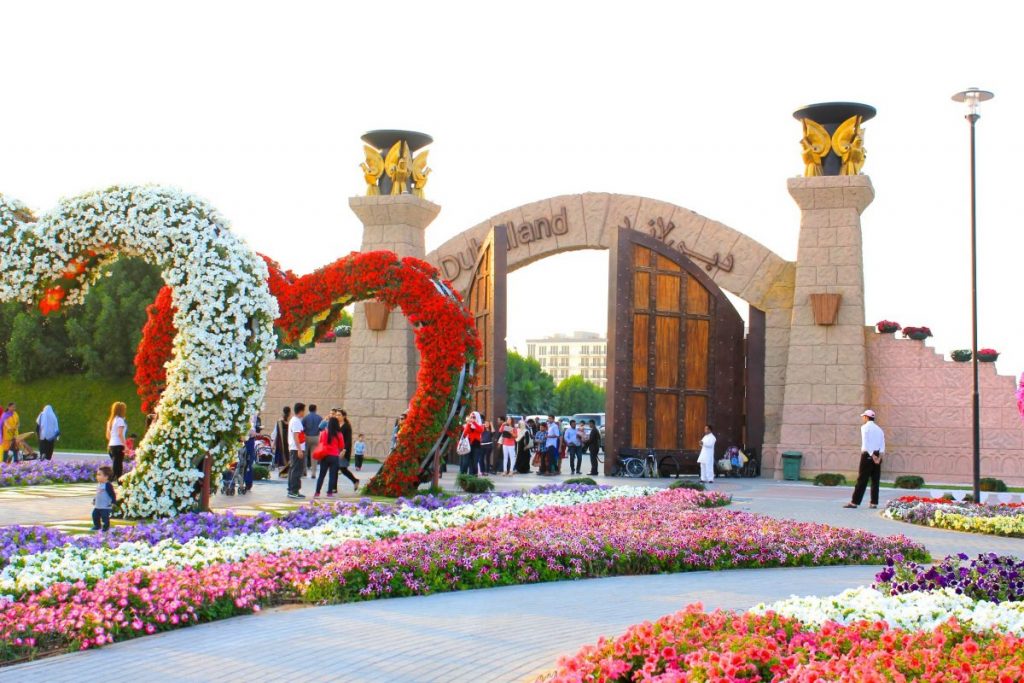 In the UAE, the problem isn’t that there is nothing to see and do, but that there is too much. With one impressive building, mall, event, etc. after another and new attractions cropping up constantly, this list is most certainly not exhaustive! It does name some favorites across the Emirates, though.

Not to Miss: The Sheikh Zayed Grand Mosque, Abu Dhabi 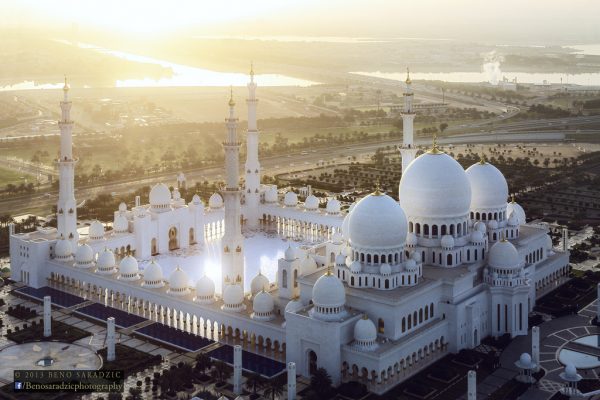 In a country of superlatives, this mosque has certainly no need to hide! Envisioned by and named after the late Sheikh Zayed, the mosque opened in 2007 after a decade of construction. It can accommodate over 40,000 people at once and is as such the biggest mosque in the United Arab Emirates as well as one of the country’s most important religious sites. However, it is not only its sheer size that impresses: Pure white in color, the mosque incorporates various styles of architecture, from Arab and Persian to Moorish and Mughal. You can join guided tours or explore on your own during visiting hours, with the Sheikh Zayed Grand Mosque Center providing further insights and education regarding the mosque, Sheikh Zayed, Islam in general, cross-cultural communication, and more.

A Glimpse into the Past: Dubai Museum, Al-Fahidi Fort, Dubai 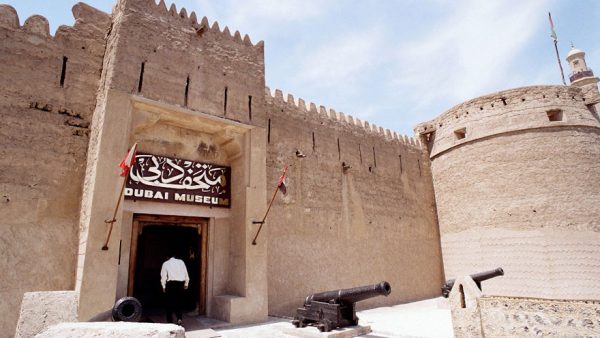 It is no secret that the UAE and especially Dubai and Abu Dhabi are developing at a sheer unbelievable rate, going from an industry based on fishing and pearl diving to building the tallest skyscraper in the world in a matter of decades. While it is still possible to see glimpses of the past in modern Dubai — you might, for example, just have been to the traditional textile souk — you should head to the nearby Dubai Museum for a more comprehensive look at local history, from traditional shipbuilding and Bedouin life to modern urban development. The museum is appropriately situated in the al-Fahidi Fort, one of the city’s oldest still standing buildings, dating back to the 18th century. 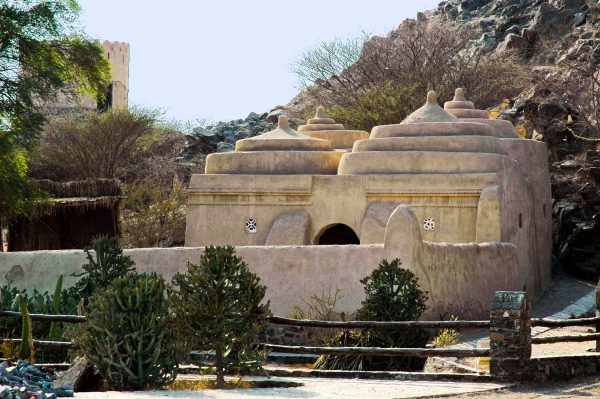 Downright tiny in contrast to the aforementioned Sheikh Zayed Grand Mosque, the Al Bidyah Mosque in Fujairah is just as important in its own right, though. Located approximately 40 kilometers north of Fujairah city and at the edge of the village with which it shares its name, this mosque is not only the oldest still existing one in the whole of the UAE — radiocarbon dating puts its estimated construction sometime in the 15th to 17th centuries — but has also been built in an Ottoman-influenced architecture that isn’t found anywhere else in the UAE. Due to these facts, it has even been designated a UNESCO World Heritage site. The surroundings of the mosque are considered a historic area, too, and include, among other things, the remains of four watchtowers as well as various old foundations and walls. 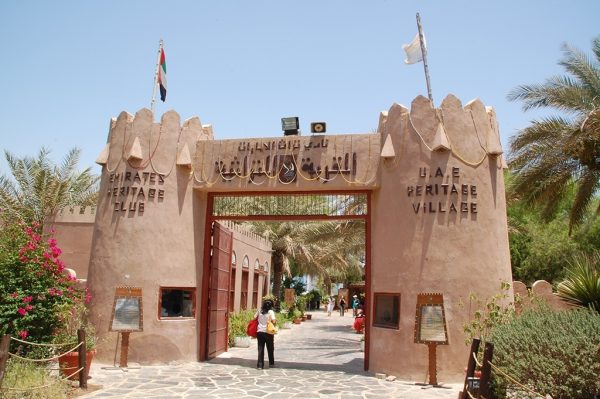 For a more practical history lesson, head to Abu Dhabi’s Heritage Village, located on the same peninsular as Marina Mall. At this reconstructed traditional village, you can get a glimpse into life prior to modern, post-oil Abu Dhabi. Live demonstrations showcase not only traditional skills and handicrafts, from weaving to metal work, but also explain such things as the falaj irrigation system, which played a fundamental role in providing settlements and fields with the so desperately needed water.

Reaching Up High into the Sky: Burj Khalifa, Dubai 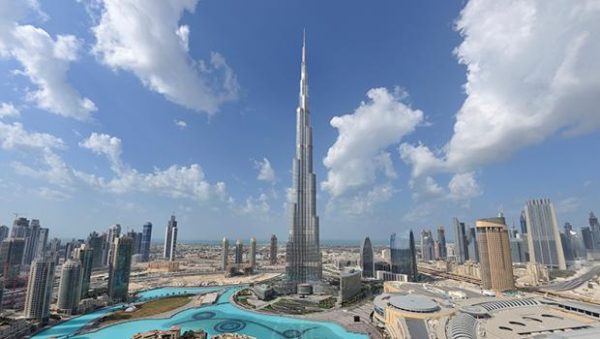 If you are staying in Dubai, you will be hard pressed to miss this one. With over 160 stories reaching a height of 828 meters, this skyscraper is not only the tallest building in the world, but also holds a number of other records, too. It has, for example, the elevator with the longest travel distance, covering 140 stories and moving at a speed of up to ten meters per second — so getting up to the observation decks on the 124th (outdoor) and 148th floor (indoor) shouldn’t take you too long. To avoid long queues and get better deals, pre-booking your tickets is highly recommended. While there, make sure to also take the time to experience the nearby Dubai Mall and observe the dancing waters of Dubai Fountain.

Looking through the Eye of the Emirates, Sharjah

With its 60 meters, the Eye of the Emirates ferry wheel in Al Qasba, Sharjah is obviously nowhere near as tall as Burj Khalifa. Nevertheless, it affords similarly stunning and much cheaper views of the city and the Gulf coast. This is especially true during sunset, when the skyline of neighboring Dubai is offset by the sinking sun. Or maybe you would like to take in Sharjah at night after watching an evening show at the nearby Al Qasba Theater? No problem, the ferry wheel operates until midnight or even one in the morning, depending on weekday and season. 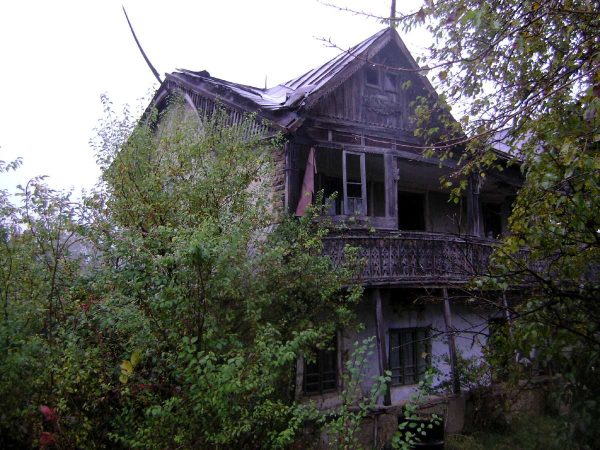 In stark contrast to the modern cities with their high-rise buildings and a plethora of things to see and do stands this former fishing and pearl-diving village. Fully abandoned in 1968 after decades of economic decline due to the end of the Emirati pearl diving business, and virtually untouched since, Jazirat al-Hamra now stands as a silent reminder of times past — and seems to be a favorite haunting spot for djinns, too, if the stories are to be believed! Those unfearful of the wrath of local ghosts can discover the typical pre-oil architecture among crumbling residential areas, abandoned shops, and various old mosques when strolling through the narrow roads and alleyways of the town.

Get to Know Islam at the Museum of Islamic Civilization, Sharjah 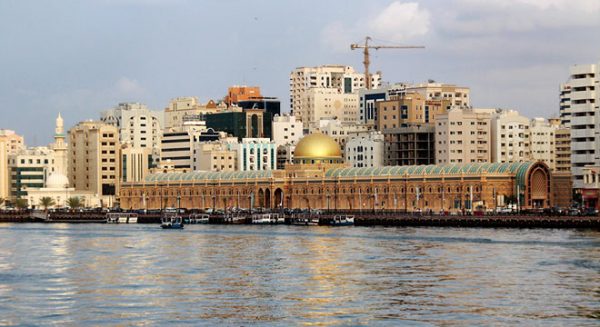 If you’d like to learn more about the religion that plays such a fundamental role in the Emirates, then make sure you don’t miss out on the Sharjah Museum of Islamic Civilization! Housed in what used to be Sharjah’s oldest souk, Souk al-Majarrah, a visit to this museum gives you an in-depth introduction to Islam, its scriptures and scholars, as well as the opportunity to admire Islamic art and artefacts from centuries past. With the nearby Sharjah Arts Museums similarly worthy of recommendation, you’ve easily got a day covered visiting these two museums.

Of Fish and Myths: Discovering Atlantis on the Palm, Dubai 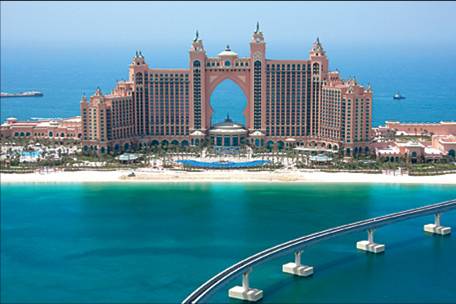 Fans of marine life, those who love swimming and/or diving, as well as any who have always wanted to learn more about the myth of Atlantis should not give this attraction a miss! Situated at the apex of Dubai’s man-made Palm Island — a location that’s already quite impressive — the Atlantis Resort includes a nautically themed 5 star hotel, a large water park called Aquaventure, as well as various beaches, lagoons, bays, and aquatic attractions, from Dolphin Bay to the Lost Chambers Aquarium. And while the legend of sunken Atlantis may remain just that, a legend, even after a visit to the resort, it is not a myth that you can enjoy the majority of attractions even if you are not staying at the hotel itself.

Out of the City and into the Desert: The Dubai Desert Conservation Reserve 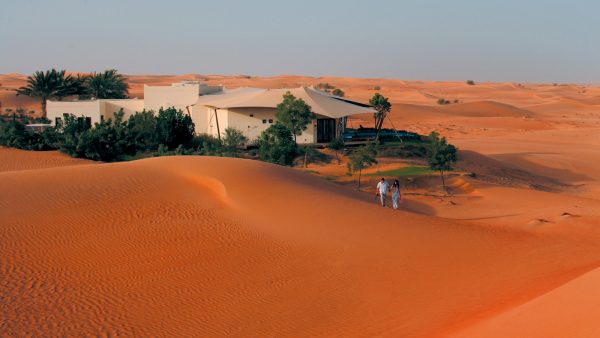 Last but not least, it is important not to forget that there is more to the Emirates than religious sites and impressive skyscrapers. Luckily, the Dubai Desert Conservation Reserve provides plenty of opportunities to explore the wilder, still unspoilt side of the country. Officially established in 2002 in order to research, protect, and preserve the local flora, fauna, and desert landscape, as well as the country’s tribal heritage for future generations, the 225 square kilometers big reserve is found less than an hour’s drive out of Dubai city. Once there, you can not only enjoy a stay at the Al-Maha Desert Resort & Spa, but will also find various opportunities to experience and explore the desert. From camel treks, falconry displays, and sand boarding to dune driving, wildlife tours, and camping, there’s an activity for everyone’s taste.