TOP Tourist Destinations to Visit in the Philippines 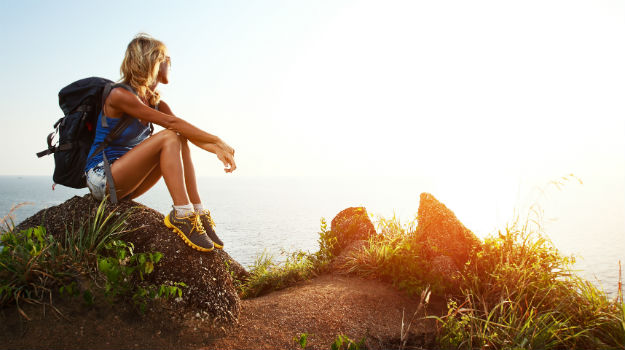 The Philippines welcome more than 6 million foreign tourists in 2016. This year, the Department of Tourism is eyeing to attract 10 million international tourists and 56 million local travelers. With more than 7,100 beautiful islands, the Philippines is not shy to offer a lot more fun for foreign and local wanderers. Our country is rich in natural, cultural and historical treasures. From the powdery soft white sand beaches to the biggest surfing wave, down to the largest cave up to the highest mountain, then travel back in time for hundred to thousand years, here are 20 tourist destinations in the Philippines to visit for the first time or for a return in 2017.

Named as the most beautiful island beaches in the world by Condé Nast Traveller magazine in 2015, El Nido is one of the must-visit and must-return places in the Philippines in 2016. When in El Nido, experience different island hopping tours to white sand beaches, enchanting lagoons, and crystal clear waters, where you can swim, snorkel, do kayaking, or just relax and embrace the hidden beauty of Mother Nature.

Boracay is probably the most popular beach island in the Philippines. It’s every Filipino’s dream to visit this island located in the province of Aklan. With its soft white sand, bright blue waters, beautiful sunset view, and unforgettable night life experiences, Boracay has been included in the top 20 best islands in the world by Condé Nast Traveller magazine.

Batanes is one of the most wanted tourist destinations in the Philippines. A trip to the province will give you the most unique sceneries of the country, which include unspoiled islands that will satisfy nature lovers, livestock freely roaming above endless green hills, massive cliffs overlooking oceans under the blue skies, rocky shores and white sand beaches, and the rich cultural heritage of the Ivatans.

Camiguin province holds the record of having the most number of volcanoes per square kilometer than any other island on the planet. But beyond volcanoes, the province also boasts natural attractions, including an uninhabited white sandbar, hot and cold springs, and waterfalls. Moreover, you can also witness the Lanzones festival in October, visit centuries-old churches, old ancestral homes and the infamous sunken cemetery.

Along with Palawan and Boracay, the island of Cebu is also considered one of the top 20 best islands in the world by Condé Nast Traveller magazine. A month isn’t enough to explore the whole of Cebu, which is known for its white beaches, luxury resorts, and rich history. Malapascua Island is one of the most popular destinations in Cebu. The small island which can be walked around in two hours is home to lovely beaches and relaxing breeze of air. Tourists visit the island for a once-in-a-life time diving experience with the thresher sharks.

The island of Kalanggaman in Palompon has one of the most beautiful sandbars in the Philippines, and probably in the world. No wonder why international cruise ships made a stopover on this dream island to bring hundreds of tourists from the different parts of the world. Swimming in clear and translucent seawaters that glow at night, walking along a white long sandbar, and gazing at a billion stars at clear night sky are only some of the reasons why you should visit and return on this tiny island in 2016.

Siargao is known as the surfing capital of the Philippines and home to the world-renowned surfing wave called “Cloud 9”. So if you love surfing, this island must be in your bucket list in 2016. However, Siargao is not only a perfect place for surfers but for any type of tourists. Unknown to many, the island is also hiding pristine white sand beaches, enchanting lagoons, natural pools, waterfalls, amazing caves, incredible rock formations, and more.

Coron is a tropical paradise in the province of Palawan. The postcard-perfect scenery of Kayangan Lake with its towering limestone cliffs and crystalline waters is one of the must-visit places in the Philippines. Visiting Coron will give you an opportunity to swim at Kayangan Lake, dubbed as the cleanest lake in Asia. Coron is also one of the most visited destinations for wreck diving in the country.

If Surigao Del Norte is famous for its legendary Pacific waves in Siargao, Surigao Del Sur is known for its Enchanted River in Hinatuan. The clear bluish waters of Hinatuan’s Enchanted River can go as deep as 80 feet deep. A popular story among the locals tells that fairies and mermaids swim and play in the waters, protect the river, and maintain its cleanliness.

Mount Mayon is the most active volcano in the Philippines. But in contrast of its threat lies a perfectly cone shaped volcano that can surpass the beauty of any volcano on Earth. The breathtaking landscape of Mayon Volcano is already a very popular landmark of the Philippines, as you can see it in the Philippine money and in common postcards in the country. Mayon is also named as one of the world’s most photogenic volcanoes by CNN Travel.

Tagaytay City in Cavite is a popular holiday destination located south of Manila. It’s an ideal place for leisure and recreation activities, such as picnic, horseback riding, zipline riding, and catching the picturesque view of Taal Volcano Island surrounded by Taal Lake. For more adventure, tourists can head to Talisay, Batangas to cross Taal Lake on a motorboat and reach Taal Volcano Island to trek to the crater of the smallest active volcano in the world.

With hundreds of caves explored and mapped, the island of Samar is starting to be recognized as the caving capital of the Philippines. Langun-Gobingob Caves, the largest caving system in the country is also found in Samar, particularly in the town of Calbiga. The cave system has a huge chamber that can easily fit three football fields. So if you want a new spice of adventure, caving in Samar has to be included in your bucket list of top things to do in 2016.

A national cultural treasure and considered by Filipinos as the “Eighth Wonder of the World”, the Rice Terraces of Banaue is a perfect place for sightseeing, getting closer with nature, getting to know the tribes of Ifugao, and even consulting with a Mumbaki (a traditional Ifugao witch doctor) to perform spiritual healing rituals. The Rice Terraces were built 2,000 years ago by our ancestors using stone and mud walls to construct pond fields for rice cultivation in the mountains of Ifugao.

One of the most famous landmarks of the Philippines, Chocolate Hills are more than a thousand hills spread over the municipalities of Carmen, Sagbayan and Batuan in Bohol. They are called as such because their green grasses layers turn brown during the dry season, making them look like chocolates. The province of Bohol is also known for white sand beaches, rivers, centuries-old churches, and the Philippine tarsier.

If you want the best of the Philippines, why not aim for the tallest mountain in the country? Mount Apo is the highest peak of the Philippines at 10,311 feet above sea level. Mountaineers and adventurers will face a challenging journey to the peak of the mountain traversing creeks, lakes, rivers, grasslands, and forests. The mountain is also home to flora and fauna that are endemic to the area. Trekking to the top is not an easy task but it rewards anyone with the most spectacular views and feelings that we rarely experience in our lives.

If Mount Apo is for hikers, the Tubbataha Reefs Natural Park is a heaven for the scuba divers. This wonderful underwater world near the middle of Sulu Sea is one of the best dive sites on Earth. This protected sanctuary is home to pristine coral reefs, manta rays, sea turtles, clownfish, lionfish, sharks, and the endangered hawksbill sea turtles. The Natural Park which was also declared as a World Heritage Site by UNESCO is also a sanctuary for a hundred bird species.

There are many Spanish colonial period houses and mansions that are scattered in the Philippines. But if you like to see an entire district that is exceptionally intact from its Spanish period architecture and scenery, Vigan is the place to be. The historic town of Vigan is a UNESCO World Heritage Site. Walk along Crisologo Street to experience an ambience dating back to the 16th century.

Manila, the capital city of the Philippines, is abundant with historical and educational attractions. The 400-year old historic walled city of Intramuros is home to Fort Santiago, San Agustin Church (UNESCO World Heritage Site), Manila Cathedral, Palacio del Gobernador, Plaza de Roma, centuries-old canyons, cobblestones, and other buildings and ruins from the Spanish period. A walking distance from Intramuros is Rizal Park, the most famous park in the country and home to the iconic Rizal Monument, the country’s tallest flag, KM Zero, and much more.

20. National Museum of the Philippines, Manila

Another must-visit destination in Manila is the National Museum of the Philippines. If you like to learn more and appreciate the national cultural and historical treasures of the Filipinos, the museum is a place you shouldn’t miss in 2016. See for yourself the giant painting Spoliarium by Juan Luna, the Manunggul Jar and other prehistoric artifacts dated back from 890 to 710 B.C., the treasures of Spanish Galleon San Diego, the Balangay or Butuan boat, the different paintings and sculptures of various Filipino national artists, and other stuff you have probably only seen in textbooks.

Are You Looking For Lightspeed Walmart Integration?

Laptop Battery Replacement in the Dubai