Total ban’ on Filipino workers to Kuwait on Monday 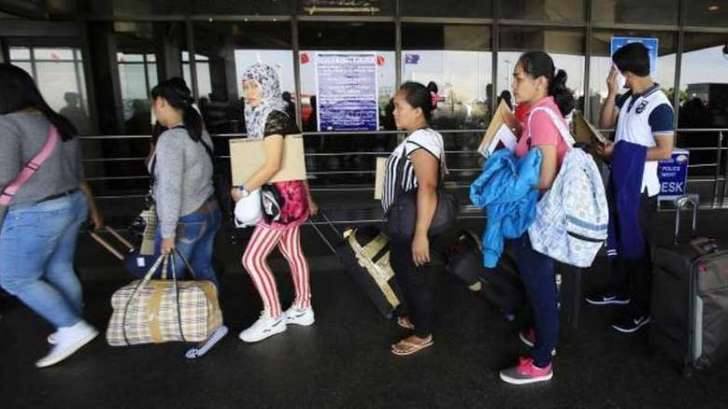 Department of Labour and Employment (DOLE) Secretary Silvestre Bello III is set to issue on Monday a total deployment ban order of overseas Filipino workers (OFWs) to Kuwait.
“A formal order on total deployment ban will be issued by Secretary (Silvestre) Bello on Monday,” said DOLE Spokesperson Raul Francia on Saturday.
The DOLE official said they still have to thresh out other details, specifically on the workers that would be covered by the order.
“(Regarding new recruits), that has to be clarified in the order to be issued by the Secretary on Monday,” Francia said.
With this, he noted that the labour chief is set to meet with two airline companies, which both expressed willingness to help repatriate OFWs.
“He’s meeting with PAL and Cebu Pacific because they signified willingness to help,” Francia added.
He also explained that the order of President Rodrigo Duterte to bring home OFWs within 72 hours only covers workers who would like to come home, distressed workers and the 2,000 who applied for amnesty.

Business setup in Dubai-Setup A Company