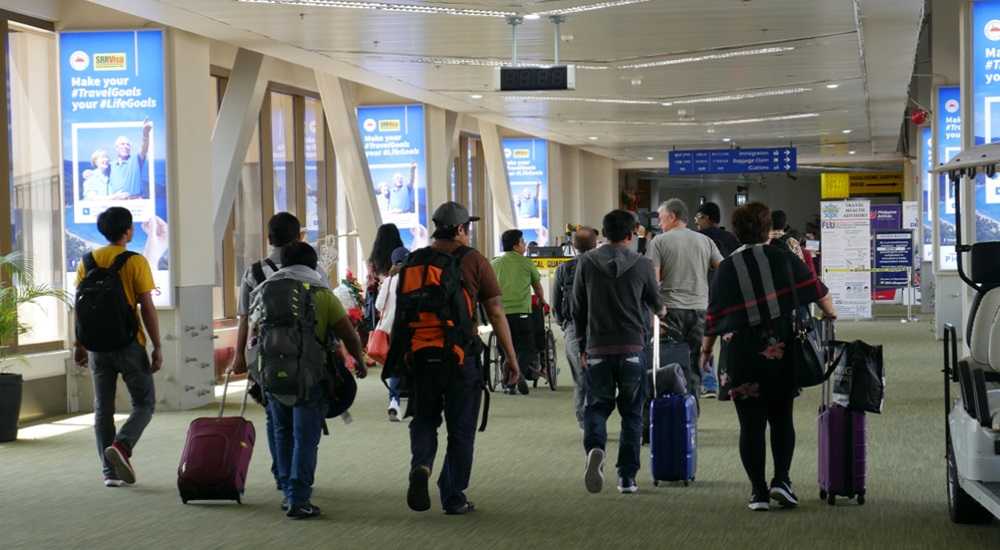 MANILA, Philippines–the Bureau of Immigration (BI) announced that they will be implementing an order from Malacanang extending the arrival ban on 7 countries until June 30.

BI Commissioner Jaime Morente announced that pursuant to an order from the Palace, the ban on arriving passengers from India, Pakistan, Bangladesh, Sri Lanka, Nepal, United Arab Emirates, and Oman shall remain until the month’s end.”Those with a travel history from these countries within the last 14 days before arrival are also temporarily banned from entering,” he added.

He clarified that transiting passengers, or those who did not exit the airport or were cleared by immigration in said countries are not covered by the said ban. “They are not considered to have been admitted in a country if they are there for a mere layover,” he clarified.BI Port Operations Division Chief Atty. Carlos Capulong added that existing travel restrictions remain in place.“

Our immigration officers are on stand by and ready to service arriving repatriation flights with our kababayan from these 7 countries,” he stated. Apart from the travel ban on 7 countries, the country has imposed a restriction on arriving tourists.“

Arriving foreign tourists are not yet allowed, unless authorized by the Department of Foreign Affairs through the country’s foreign posts abroad,” said Capulong.“If approved, they would be issued their entry visas and entry exemption documents, which they will present to immigration upon arrival,” he added.

Capulong reminded the public that despite prior approval by the foreign posts, arriving aliens would still undergo regular immigration inspection.“

They are still required outbound tickets, as well as documentary proof of their purpose in the country,” he stated. The clarification was made following several reports of improperly documented aliens arriving in the country.

“Once we encounter improperly documented aliens, they are excluded and sent back to their port of origin,” he stated.

We are updating our kabayan classified apps from time to time.

House and Lot for Sale in Silang Cavite near Tagaytay (4 BR, 3TandB and 2 Garage)

How much does it cost for company registration in Dubai?

Affordable Deals to Rent a Car in Palm Jumeirah from Drivus

What are Computer Anti-Glare Glasses and Their Benefits?

Make your store go online and grow your business through the Shopify website!!