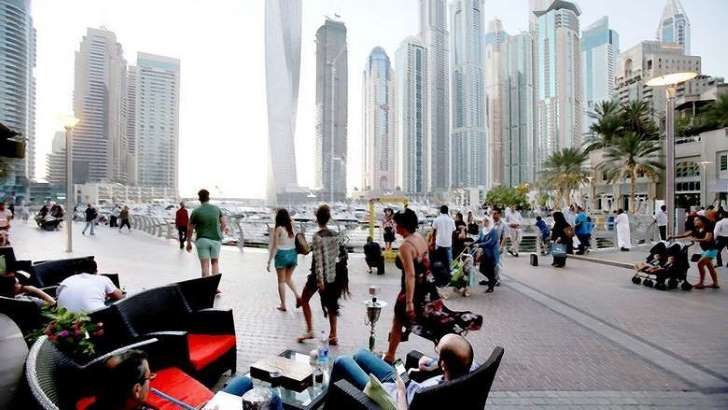 The UAE has been ranked number one country in the world with the least amount of crimes related to sexual assault and theft, while a whopping 98.6 per cent of the UAE’s residents feel a sense of safety and security even at night, announced the Ministry of Interior on Tuesday.

The figures were revealed at the Federal National Council’s (FNC) headquarters in the UAE Capital.

Sheikh Saif added that UAE came ahead of Japan in the lowest rankings of fire incidents, as Japan reached 36 per 100,000 people.

He also pointed out that the UAE has been ranked first in the world with the lowest number of deaths due to fire incidents, reaching 0.040 per 100,000 people.

“Unfortunately, there are some cases where lives cannot be saved, because that is destiny, but we hope that we can improve the figures, as this is one of the most crucial matters to us.”

The Deputy Prime Minister and Minister of Interior added that the UAE was ranked fourth in the world for ‘alarming’ crimes, which reached 0.7 per 100,000 people.

Moreover, the UAE has been ranked seventh in the world for traffic accidents.

“We aspire to be the number one nation with the lowest death rate resulting from traffic accidents,” said Sheikh Saif.

He also pointed out that the percentage of UAE residents feeling safe and secure, even at night, was 98.6 per cent, making the UAE ranked second in the world after Singapore.

“And we aspire to be ranked first in the world,” he added.

Sheikh Saif said that since the launch of the mandatory National Service, crime rates among Emiratis also decreased. The rates decreased by 21 per cent from 2014, and dropped by 26 per cent among those who took part in the service.

Moreover, in his response to a question from FNC member, Saeed Saleh Al Rumaithi, on the “support and rehabilitation of prison graduates”, Sheikh Saif said that a whopping 47,333 inmates benefited from the rehabilitation programmes.

When it comes to the safety and security of minors, Sheikh Saif told the Council that the cooperation between the UAE and international nations has always been a key factor.

“Today, we cooperate and work with international countries to exchange such information.”

Sheikh Saif added that just recently, two foreign teachers in private schools in the UAE, were arrested for their involvement in unethical crimes abroad.

Company setup in Dubai-Setup A Company