UAE visa residency rules: all you need to know 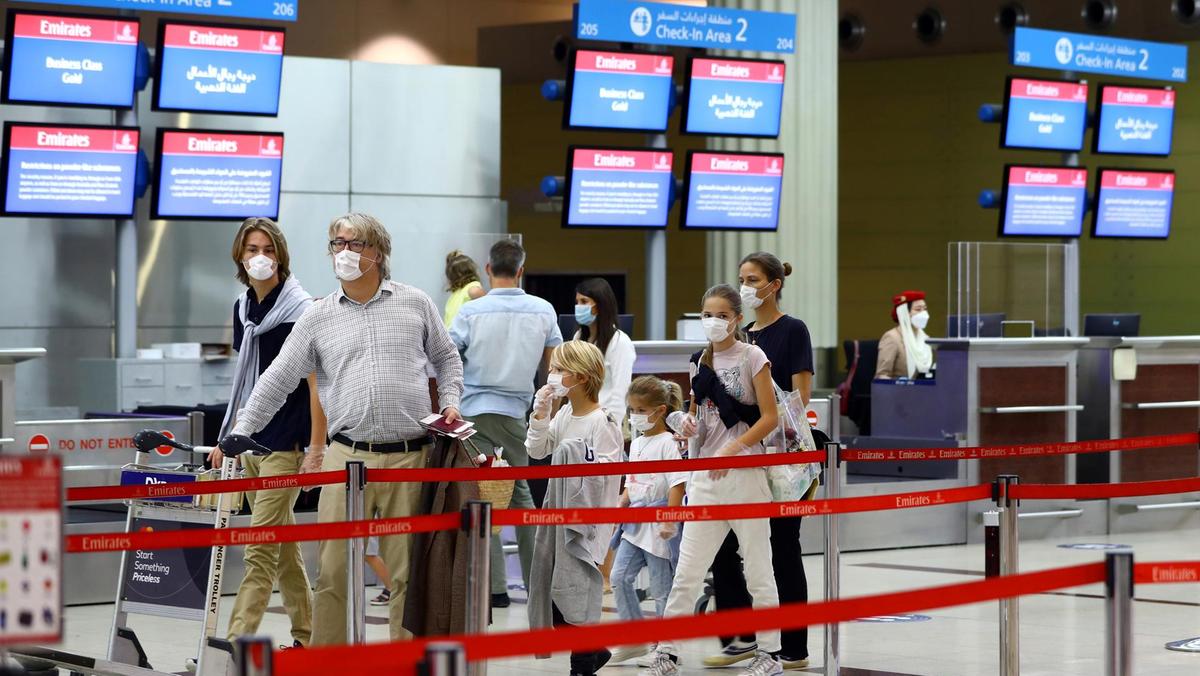 UAE residents whose visas expire on or after July 12 will have a month to renew their document or will face fines.

A senior official said regular pre-coronavirus visa rules have resumed as services reopened across the country on Sunday.

At the weekend, the UAE Cabinet announced a three-month grace period for GCC passport holders and UAE residents to renew their visa and residency documents. This applies to people with residency visas or Emirates ID cards that expired after March 1 and before July 12.

For Emiratis and GCC nationals, who do not require residence visas, the documents refer to the validity of their Emirates identity cards.

“The purpose of the amendments was for things to gradually return to normal,” Brig Gen Khamis Al Kaabi, spokesman for the Federal Authority for Identity and Citizenship, said in a radio interview on Monday.

He said the new expiry dates for visas have yet to be updated on the ICA portal but will be soon.

The announcement on Friday also covered residents outside the UAE who have not been able to return within 180 days.

The National spoke to Haider Hussain, a partner at Fragomen, an immigration services company, to explain some of the changes.

Who is affected by this new update?

This covers people with existing UAE residence permits whose visas have expired after March 1 and those with visas expected to expire in the coming months.

For GCC nationals, it refers to non-sponsored GCC identity and emirates identity card.

For Emiratis it applies to their Emirates identity cards.

What does the new three-month grace period mean?

For people inside the UAE whose residence permit expires from March 1 until July 11, they now have a three-month grace period starting from Saturday. They must renew their visas by October 10.

All residence permit holders whose residency permits expires from July 12 onward will have a 30-day grace period to renew their documents.

Earlier residence permits expiring post March 1 were automatically renewed until the end of December to mitigate for the impact of the coronavirus pandemic. As of July 11, the residency extensions until the end of the year are no longer applicable.

This covers everybody who holds a UAE residence permit that expired after March 1. It covers dependents, employees and maids.

What do I need to do and will I be fined?

Dubai residence visa holders with permits that expired between March 1 to July 11 should begin their renewal. The residency visas should be renewed prior to October 10 to avoid any overstay fines.

For residence permit holders of other emirates, the submission schedule has been announced by ICA.

Once government portals are updated, residents can log in and enter their visa details to check the updated expiry date.

To verify visa validity on the Federal Authority for Identity and Citizenship portal or ICA, visit this website.

Dubai residents can check on the General Directorate of Residence and Foreigners Affairs portal.

There is also a daily Dh20 fine for failing to renew an Emirates identity card. This can go up to Dh1,000.

Those sponsoring dependents or housemaids should check the portals for the new expiry dates and renew before the grace period ends.

What about UAE residents outside the country?

If they have not been out of UAE for more than 180 days, they have one month after they enter to renew their residency visa.

What happens to residents who have been out of the country for more than six months?

The implementation will be clear in the coming weeks for residents whose visas expired after March 1 and have been out of the country for more than 180 days. A specific grace period will be determined by the ICA.

Residents will be permitted to enter the UAE. Once flights resume between the country they are currently in and the UAE, they need to get ICA or GDRFA approval prior to their return.

The understanding is the grace period will be 30 days on entry to the UAE.

Do I need to take a medical test?

For those who renew their residency visas, the earlier renewal process remains. During stay home restrictions, residents received an electronic sticker online to show the visa was extended.

From now on, the renewed residency visa will be stamped on their passport.

When can you begin filing renewal applications?

For residency visas and emirates identity cards that expired in March and April 2020, the date to resume acceptance of renewal requests is from July 12, 2020, as per the ICA.

I’m leaving on holiday for a few weeks, what should I do?

Residents should renew their residency visa before they travel out of the UAE. Despite the grace period, there could be issues at the airport if updates are not reflected in the system.

Before travelling, people leaving Dubai should also get General Directorate of Residency and Foreigners Affairs approval. This works as an entry permit for residents that they need to secure before they exit the UAE.

Start A Business in Dubai

Professional Crane Dealers in the Dubai.

DIFX has added MT5 into its ecosystem to provide an even more cohesive facility to its users.