Why Ramadan is the most sacred month in Islamic culture 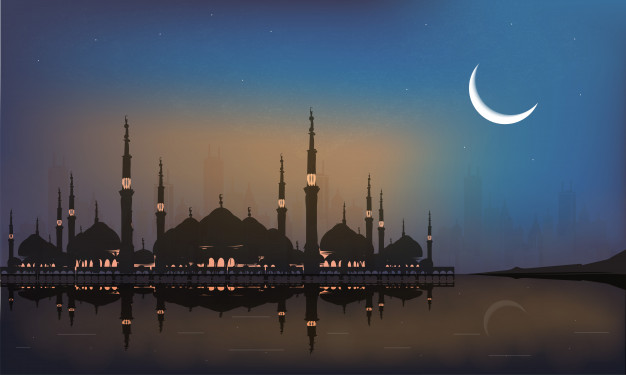 The sighting of a new crescent moon marks the start of Ramadan, a time for piety and self-reflection.

VERY YEAR, MUSLIMS around the world anticipate the sighting of the new crescent moon that signifies the official first day of Ramadan, the ninth month of the Islamic calendar and the most sacred month in Islamic culture.

The start of Ramadan fluctuates each year because the lunar Islamic calendar follows the phases of the moon. The beginning and end of Ramadan are determined by a moon sighting committee in Saudi Arabia. It begins the day after the committee spots the new crescent moon, which can be tricky since it’s quite faint and can be seen for only about 20 minutes. If the moon isn’t visible to the naked eye because of haze or clouds, lunar calculations are used to predict whether it’s in the sky. This year Ramadan is predicted to begin on April 12, and to end May 12 with Eid al-Fitr celebrations.

Ramadan, one of the months in the Islamic calendar, was also part of ancient Arabs’ calendars. The naming of Ramadan stems from the Arabic root “ar-ramad,” which means scorching heat. Muslims believe that in A.D. 610, the angel Gabriel appeared to Prophet Muhammad and revealed to him the Quran, the Islamic holy book. That revelation, Laylat Al Qadar—or the “Night of Power”—is believed to have occurred during Ramadan. Muslims fast during that month as a way to commemorate the revelation of the Quran. (Read how Muslims, although often misunderstood, are thriving in America.)

The Quran consists of 114 chapters and is taken to be the direct words of God, or Allah. The hadith, or accounts by the companions of Prophet Muhammad’s thoughts and deeds, supplement the Quran. Together they form the religious texts of Islam.

Fasting is a shield, so the one who fasts should avoid obscene speech and ignorant behavior. If someone abuses him or starts to fight with him, he should reply by saying: ‘I am fasting. I am fasting’.SAHEEH AL-BUKHARI, A COMPANION OF PROPHET MOHAMMAD.

The month of observance

During Ramadan, Muslims aim to grow spiritually and build stronger relationships with Allah. They do this by praying and reciting the Quran, making their actions intentional and selfless, and abstaining from gossiping, lying, and fighting.

Throughout the month Muslims fast, also refraining from drinking and sexual intercourse between sunrise and sunset. Fasting is obligatory for all Muslims, except for the ill, pregnant, traveling, elderly, or menstruating. Days missed fasting can be made up throughout the rest of the year, either all at once or one day here and there.

Meals are opportunities for Muslims to gather with others in the community and break their fast together. Pre-dawn breakfast, or suhoor, usually occurs at 4:00 a.m. before the first prayer of the day, fajr. The evening meal, iftar, can begin once the sunset prayer, Maghreb, is finished—normally around 7:30. Since the Prophet Mohammad broke his fast with dates and a glass of water, Muslims eat dates at both suhoor and iftar. A staple of the Middle East, dates are rich in nutrients, easy to digest, and provide the body with sugar after a long day of fasting.

After the last day of Ramadan, Muslims celebrate its ending with Eid al-Fitr—the “festival of breaking the fast”—which begins with communal prayers at daybreak. During these three days of festivities, participants gather to pray, eat, exchange gifts, and pay their respects to deceased relatives. Some cities host carnivals and large prayer gatherings, too.

This year, the coronavirus pandemic is disrupting Ramadan observances across the world, closing mosques and upending plans for traditional suhoor and iftar gatherings. But while celebrations might be subdued this year, the spirit of this centuries-old tradition will remain the same for many as a time for piety and self-reflection.

Maintenance Services in Dubai – Haan Can Do It